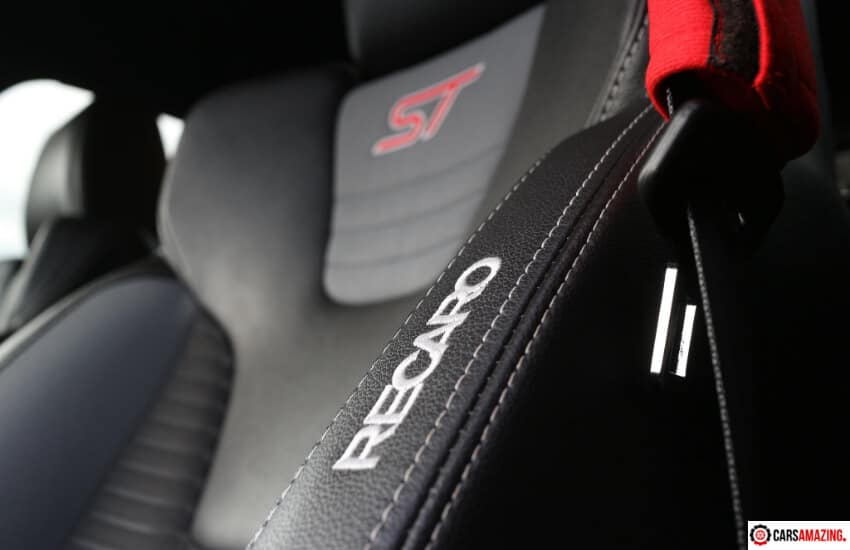 How Is Seat Belt Webbing Woven?

One of the most important aspects of seat belts is undoubtedly the weaving technique used in them. It is a very important technique since it allows us to save a great number of lives every year. We can say that it has a special safety belt to offer excellent resistance in any traffic accident.

In these times, a great number of security elements are woven in some way. Weaving is a simple activity that is carried out by both industries and ordinary people. Therefore, a seat belt is also a safety element that is woven, even if it does not look like it. Among all the available elements, a seat belt is chosen because of its good qualities.

This tape is specially designed to withstand a high level of tensile strength. In this case, we are talking about an extreme tensile strength that of course is needed inside a vehicle. In general, this resistance is around 3000 to 6000 pounds. Contrary to what some drivers believe, the truth is that seat belt manages to save many lives per year.

If we analyze the number of accidents and deaths in traffic, we’ll notice that the percentage has decreased since 1950. In particular, this was the decade when seat belts were massively implemented in the automotive industry. In some countries, this safety implementation was mandatory in the new vehicles.

The first units incorporated into the vehicles had to be woven with about 200 spikes per minute in shuttle looms. The seat belt webbing could be achieved in its first design.

However, since 1975, things have changed and industrial technology has advanced in large numbers. So, in these times, they achieved 1000 spikes per minute in most of the belts that were manufactured.

This is still a small amount compared to the modern looms of these times. It is possible to get 3000 spikes in the manufacturing process of seat belts. Besides, nylon is no longer used in manufacturing due to its excessive stretch and accumulated wear. Instead, the seat belts are made of 100% polyester.

Besides, this is important not only for the lifespan of the seat belt but for protecting people’s lives. In particular, damage to the belt causes small abrasions to significantly reduce the tensile strength. As a result, the seat belt is too old to protect a person in a traffic accident.

Also, specially designed run-away selvages for seat belts are often included. However, belts can be flexible for pregnancy beyond being reinforced with strong threads. In turn, research continues to advance to reveal new data to create better seat belts.

The threads can be packed closer together because the threads with less energy allow for longer-lasting safety implements. In most cases, 300 warp threads are required for each 46mm seat belt strap. In other words, it is 150 ends per inch in this type of seat belt.

To manufacture the seat belts, a variation of satin or 8-axis twill weave is usually woven. That’s why the next time you travel in a vehicle with a seat belt you will have the ability to denote the weaving technique used. This is important because polyester along with this weaving technique is what will save your life.

Why Are Seat Belts Important?

As we have mentioned, the seat belt is one of the most important protective implements for a driver and passengers. A large number of people who do not wear seat belts are those who die in a car accident. In fact, in 2017, about 37,133 people died in a traffic accident in the United States.

Of that number, 47% of people were not wearing seat belts. Thus, the chances of suffering moderate, critical, or fatal injuries increase considerably. On the other hand, 14955 people saved their lives because they were wearing seat belts in 2017. Also, 2549 more people could have been saved if they had chosen to use seat belts.

That’s why we can mention here some consequences of not using a seat belt correctly, or not using it at all.

2. Second, there are also airbags as additional protection in today’s vehicles. However, this is not enough to stop the kinetic energy produced by people from a traffic accident. People can be seriously or fatally injured by an airbag. This happens specifically when the person is not wearing a seat belt and is hit by the airbag.

3. Third, also using a seat belt incorrectly can have some significant consequences. Here, the functionality of the seat belt is not used at all. So, people are still unprotected when they suffer a traffic accident.

In specific words, using the seat belt correctly can allow:

1. Reduce the probability of fatal injuries by 45%

2. Reduce the probability of moderate or critical injury by 50%

A very similar situation occurs when using the seat belt inside a van. Here too, it is possible:

1. Reduce the probability of a fatal injury by 60%

2. Reduce the probability of moderate or critical injury by 65%

As anyone can see, this is a set of aspects that can be very important to know before suffering a traffic accident. In other words, wearing a seat belt correctly can save your life when you least expect it.